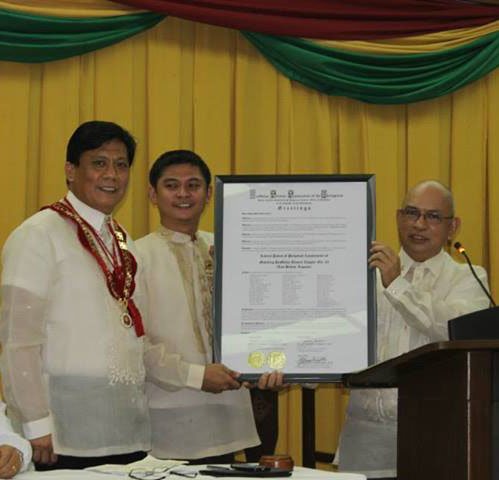 Makiling DeMolay – Convergence of Knowledge and DeMolay Diversity.  Since 1909, Los Baños housed one of the premiere universities in the country – the University of the Philippines Los Baños (UPLB). The university has always been a convergence of bright minds coming from all islands in the Philippines. With DeMolays scattered all over the country, UP Los Baños has become a cradle for DeMolays aspiring to obtain the best education they can have.  DeMolay in the Philippines was instituted way back in 1946, who knows when DeMolays first entered the foothills of Mt. Makiling? It was only in 1980 when DeMolays from different chapters in the Philippines decided to formally organize, when eight DeMolays from different chapters planted the seed that became the luxurious tree that the Makiling DeMolay has now become.

Fast forward to the 28th of July 2013, the officers of MDAC23 were inducted by Emman Gonowon, the Board Secretary of the Supreme Council, under the supervision of the Grand Master of the Supreme Council, Order of DeMolay of the Philippines, Hon. Rodel Riezl Reyes. It was a glorious day for MDAC23 as its Charter was presented by Louie Montanano, Jurisdictional DeMolay Alumni Association of the Philippines (DAAP) Vice President for Southern Luzon, and officers were officially inducted into the DAAP’s recognized DeMolay Alumni Chapters in the Philippines. 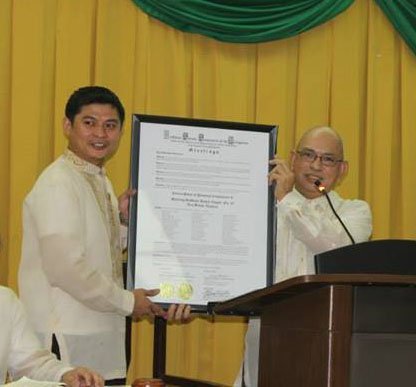 Ramon Manuel T. Nisperos, the newly inducted President and the catalyst for reinstating MDAC23, laid out the foundations that he plans to build for his 2-year term.  Quoting his words: (1) Reactivation of MDAC and the reaffirmation of its continuous allegiance with the DeMolay Alumni Association of the Philippines (DAAP);

(2) Establishment of standard operating procedures so that there will be order in how we conduct business among ourselves and with external parties;

With enhanced participation, DAAP recognition, and improved processes as foundations, MDAC23 expects to gain financial resources and a socially-relevant reputation from the community, which is the main concept of the external indicator perspective. These results, obtained from fundraisers and community service activities, will then be rallied towards a vision – a vision to ease the transition from adolescence to manhood of active DeMolays of the Mt. Makiling Chapter.

MDAC23 plans to provide leadership trainings, professional-career orientations, and relevant workshops to the resident members to jumpstart the achievement of MDAC23’s vision.  Hopefully, MDAC shall be extending its academic scholarships and incentives to the Active DeMolays in the near future. MDAC23 plans to provide development programs for the active DeMolays from Mt. Makiling Chapter and, at the same time, create exponential networking benefits among MDAC23 members.

The whole point of this strategic plan is to provide an environment, both for active members of the Mt. Makiling Chapter and DeMolay Alumni members from MDAC23, for them to become better leaders, better citizens and better men….”

The induction of the MDAC23 officers and the presentation of its Charter signify the rebirth of MDAC23 into the modern times. A renaissance to recreate the convergence of bright minds of diversified DeMolays across the Philippine Archipelago.